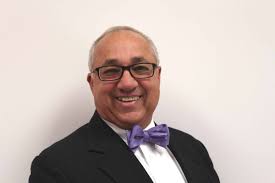 Larry Harb is the founder and CEO of IT Risk Managers, Inc., a national niche insurance wholesaler that provides risk management solutions for companies that are in the technology business or that use technology. It is one of the industry’s premier brokers of internet and technology (cyber) insurance, having been in business for 21 years.  IT Risk Managers is licensed in 48 states to market all types of Property and Casualty insurance products.

Specializing in niche industries, Larry is also the creator of the Auctioneer Insurance Program and the Flexible Auctioneer’s E&O product. These products were designed specifically for auctioneers and the auction industry. He is a licensed auctioneer in the State of Indiana, a graduate of the Ohio Auction School and speaks throughout the country on the protections needed by those working in the business.

Larry Harb has more than 30 years of experience in the financial services and insurance industries. During his career he has  served as an adjunct instructor at Illinois Institute of Technology and is a frequent guest lecturer at Michigan State University.

He holds a masters degree in management from Northwestern University’s Kellogg School of Management and a bachelors degree from Northern Illinois University. He co-authored the book Reinventing the Retail Bank published in 1994. He is a Certified Identity Theft Risk Management Specialist and has written numerous articles and is a frequent guest speaker at industry conferences.

Diana Green joined IT Risk Managers to help lead the Auctioneer Insurance division for the agency.

Diana joined the firm with more than seven years of insurance experience, including several years as a commercial claims adjuster for Travelers Insurance. While there, she handled claims for workers compensation, commercial general liability and commercial auto.  Additionally, Diana worked for both Federated Insurance and Chubb Insurance as a commercial lines underwriter. While at Chubb, she earned her CPCU designation, which was conferred in 2003.

In 2018, Diana moved to Simpsonville, South Carolina and opened her own antique store after years of being a vendor. In August 2020, she was a member of the first virtual auctioneers class of Southwest School of Auctioneers and was chosen to be president of the class by her peers.  She received her South Carolina auctioneers license in November 2020 and has been using an online auctioneering platform to sell her store inventory and collectible consignors merchandise in small auctions.

Diana holds a Master of Business Administration degree from Fontbonne University in St. Louis, MO and a Masters in Elementary Education from University of Phoenix.  She taught middle school math for nine years in Phoenix, Arizona and was an instructional coach for two years until moving to Simpsonville, South Carolina.

As an Underwriting Assistant, Diana will be responsible for our Auctioneer, Estate Sale and Real Estate Industry renewal book and will also assist in the development of new business.